Climate tipping point theory; Just how far is too far.

The phrase “tipping point” naturally conjures up images of being on the edge of a cliff or at a location where danger is near. This article thoroughly examines climate tipping points, where they exist, and the implications they have for both individuals and the environment.

Climate tipping points are a reality we must come to terms with.

A climate tipping point is a term often used in climate science to describe critical boundaries, that when breached could lead to catastrophic and irreversible damage to our climate systems, which kept the Earth’s climate relatively stable for thousands of years. International attention was first drawn to these climate tipping points nearly twenty years ago by the intergovernmental panel on climate change (IPCC). Climate experts reported how,

“Human-induced climate change has the potential to trigger large-scale changes in Earth systems that could have severe consequences at regional or global scales.”

At the time this publication and findings were published (2001), the data at hand showed that, reaching a tipping point, was considered a possibility if global warming attained around 5 °C above pre-industrial levels. However, a 2015 study presented new data from multiple global warming simulations, showing that 18 of 37 “regional abrupt changes” took place below 2 °C. These new findings greatly influenced the Paris Agreement in 2015,  which 196 countries signed to keep global warming temperature well below 2 °C. Subsequent studies in 2018 and 2019 by the IPCC further showed that we could very well surpass certain tipping points by 1 °C – 2 °C of global warming. This is alarming news as since the industrial revolution, our planet has already warmed by 1.2 °C.

A closer look at climate tipping points and where they exist.

Climate tipping points can be looked at from the perspective of small, and seemingly insignificant climate changes, which can create a reinforcing loop that could potentially “tip” the earth’s climate system and create a series of climate catastrophes. A typical example would be an increase in the global temperature, which both increases the frequency of wildfires and releases carbon dioxide into the atmosphere from burning trees, eventually contributing to an increase in the global temperature, which means even more wildfires. An endless, catastrophic feedback loop.

The IPCC, in the assessment report 6 (AR6), mentioned several reasons for concern. Climate experts have identified areas in which these tipping points exist, and they loosely fall into three main categories; sea, ice and land. From raging wildfires, to melting glaciers, and the death of coral reefs. These tipping points can create a destructive reinforcing loop on the planet.

The Atlantic Meridional Overturning Circulation (AMOC) operates as a system of currents in the Atlantic Ocean that brings warm water up to Europe, from the tropics and beyond. The AMOC is part of a global ocean circulation pattern that relies on “deep water formation.” Deep water formation is the sinking of cold, heavy, salty water to the bottom of the season, a repetitive process that creates the AMOC effect. Seeing as global warming is on the rise, salty seawater is now being diluted by fresh water. Professor Stefan Rhamstorf, a climatologist at Potsdam Institute for Climate Impact Research in Germany, explained this phenomenon: 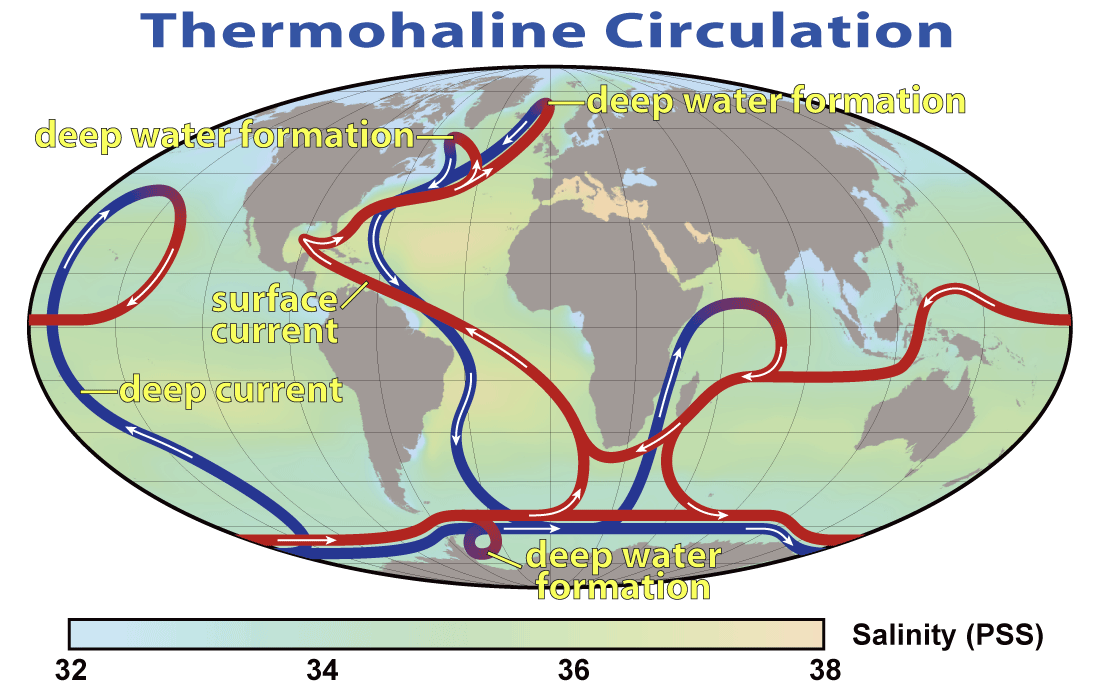 “The dilution happens through increased rainfall and also melting of continental ice in the vicinity of, mainly the Greenland ice sheet. And that makes the water lighter and, therefore, unable to sink – or at least less able to sink – which, basically, slows down that whole engine of the global overturning circulation.”

The precise tipping point of the AMOC is difficult to establish due to the complex nature of the system. However, research has shown that the AMOC has weakened by about 15% so far. If the AMOC crosses its tipping point, it could cascade into decades of irreversible damage to the global circulation system.

Coral Reefs are also a sea climate tipping point that requires a lot of attention. They are scientifically the most sensitive to global warming, as shown by a study in 2007. Over the last 4 decades, we have seen more frequent mass bleaching of coral reefs due to marine heatwaves, whose effects were aggravated by human warming activities. Prolonged exposure to high sea temperatures causes these reefs to expel zooxanthellae, the tiny colorful algae which provides reefs with the energy for photosynthesis. Without these algae, the reefs slowly die. Persistent exposure to these conditions can lead to the death of vast communities of coral reefs. 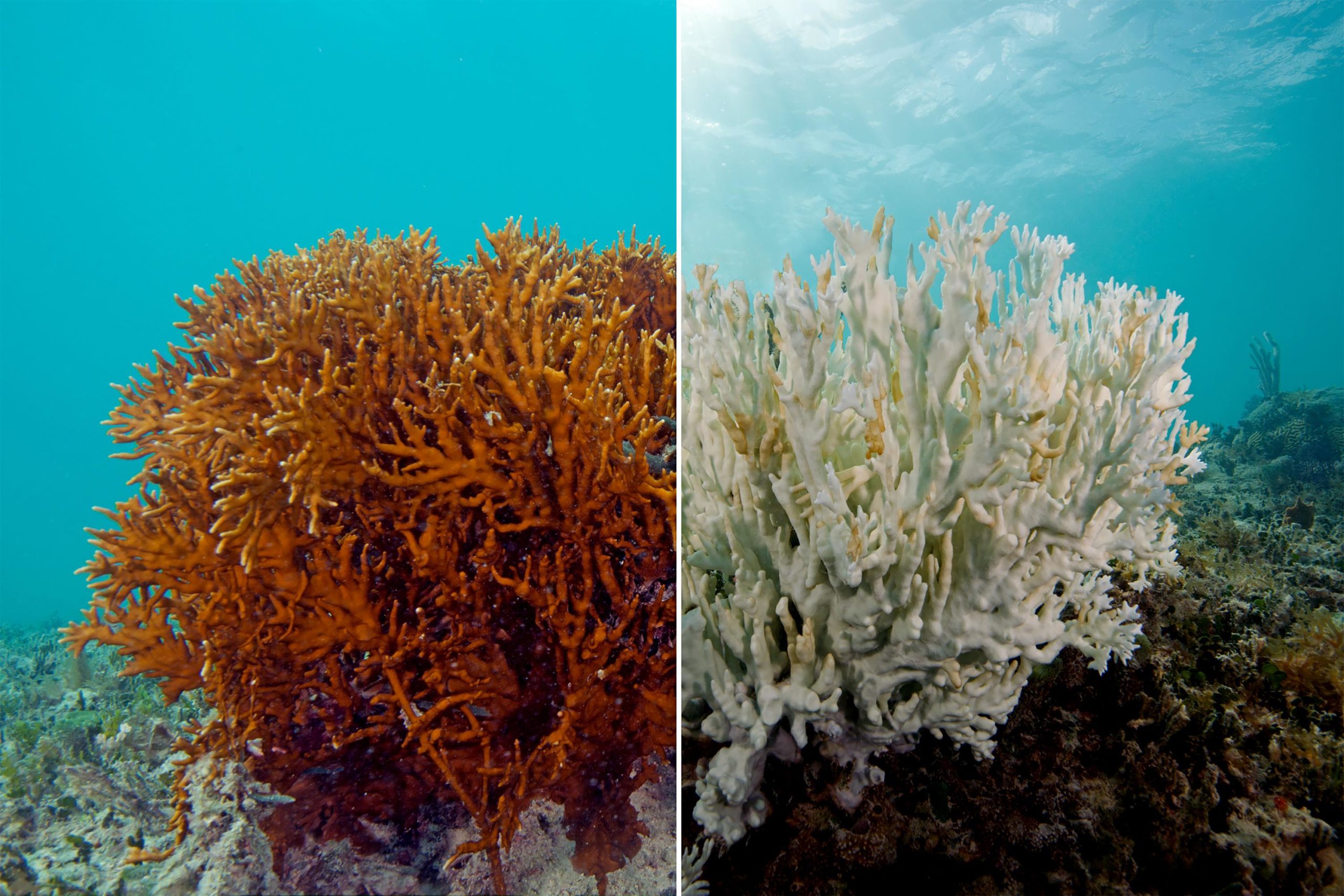 Coral reefs are not just affected by rising sea temperatures. There exist other risk factors such as overfishing, ocean acidification, storm damage, and possible shifts in ocean circulation systems that can greatly impact the existence of coral reefs. A 2020 study by Nature, showed that once tipped, coral reefs could collapse in less than 15 years. These ocean organisms are responsible for the sequestering of roughly ¼ of the total carbon emissions on the planet, and they provide food, income, and storm protection for about one billion people. The collapse of coral reefs can have effects of proportions yet to be determined.

Greenland houses the world’s second-largest ice sheet. It holds enough water to raise global sea levels by 23.6 feet (7.19 meters). The disintegration of the Greenland ice sheet could reshape the global coastlines completely. However, scientists estimate that it would take approximately a thousand years for the ice sheet to disintegrate completely. However, 2019 told a different story as it lost 532 billion tons of ice that year, a stunning record given that between 1992 and 2008, it had lost 4 trillion tons of ice.

“A tipping point for Greenland ice melt is unlikely to be abrupt, says climate scientist Dr Ruth Mottram of the Danish Meteorological Institute, but it is clear that there will be a threshold beyond which its eventual collapse is irreversible”

The melting of the Greenland ice sheet already contributes to the rising sea level, increasing by 0.07 mm yearly. Studies show that over the last 3 decades, heat in the ocean and rising global temperatures have both contributed to the disintegration of the Greenland ice sheets. A consistent increase in global temperatures can irreversibly tip the glacier to a meltdown.

Antarctica is made up of 5 regions, with a lot of attention focused on how the climate affects West Antarctica. Though smaller than East Antarctica, it holds enough water to permanently raise sea levels by 3.3 meters, which can create a drastic change in coastlines. West Antarctica holds the Thwaites Glacier, also referred to as the ‘Doomsday glacier’ has dumped over a trillion cubic tons of ice into the ocean. Scientists are trying to determine if the Thwaites has reached a tipping point already. 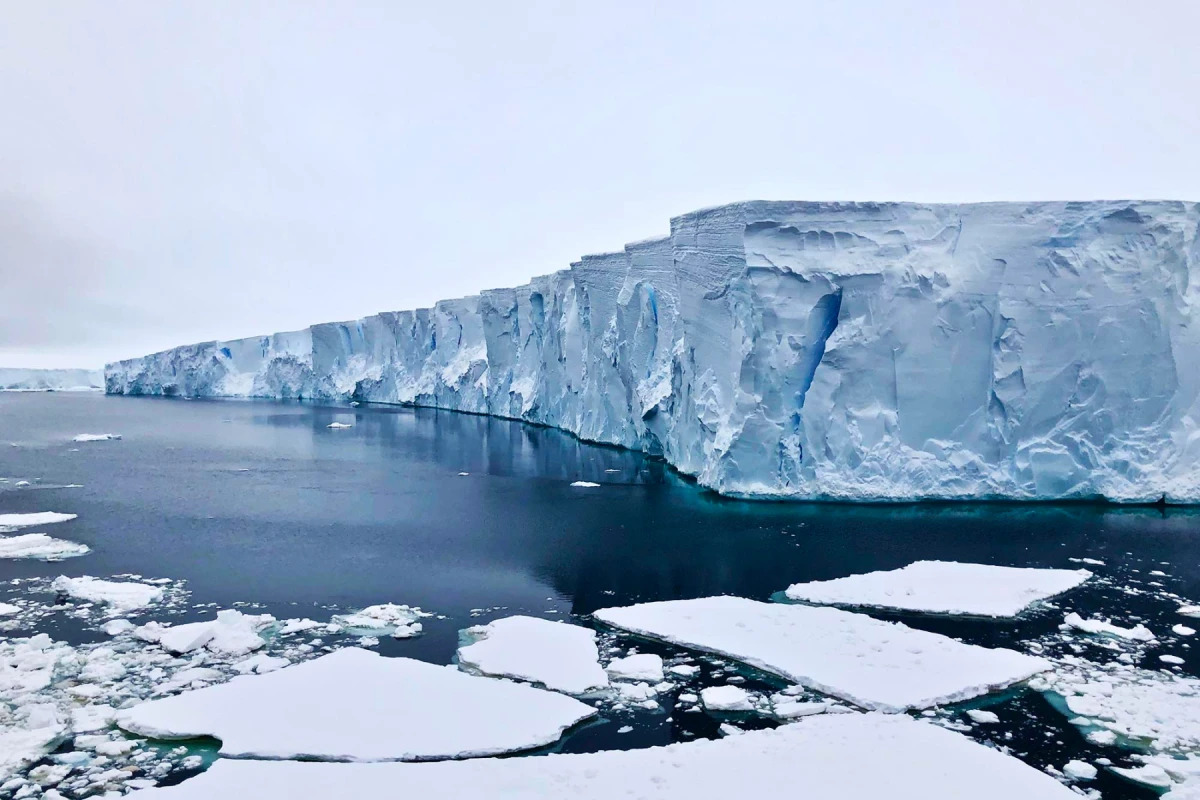 Research shown that glaciers in this sector are “undergoing a marine ice sheet instability that will significantly contribute to sea level rise in decades to centuries to come”.

Boreal forests house the largest biome ecosystem on the planet, accounting for roughly 30% of the world’s forest spanning 1.5 billion acres (607 million hectares) of the planet. It operates as a very important carbon store, containing 30%—40% of all land sequestered carbon. Most of which is stored in its cold, damp soil and, in some areas, permafrost. This carbon sink has recently come under peril with more frequent wildfires and drier global conditions. Although wildfires are a part of its natural process, rising temperatures have greatly increased their frequency and burning areas, essentially threatening vast carbon reserves stored away. 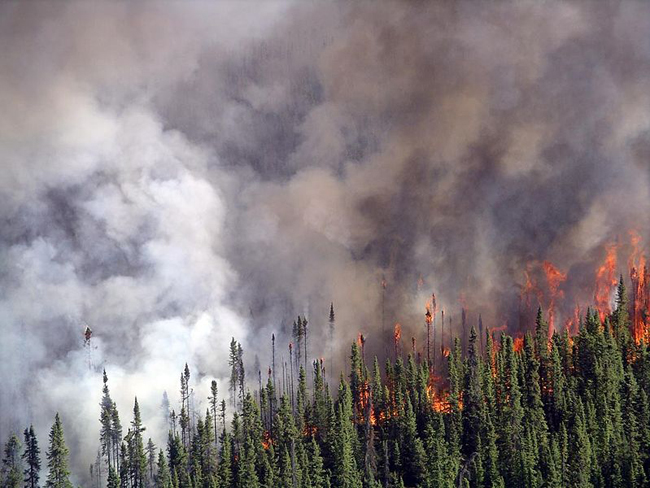 In 2014, wildfires tore through 8.6 million acres (34.8 million hectares) of the boreal forest, as compared with the usual average of 1.5 million acres (607,000 hectares), releasing 94 million metric tons of carbon into the atmosphere. In 2020, 26.9 million acres(10.8 million hectares) of boreal forest in Siberia were torched as temperatures spiked up to 100oF (37.7oC) in parts of the Arctic. While intensified wildfires are an obvious tipping point in the boreal forests, the conversion of these forests to tundras and grasslands implies that considerably less CO2 will be sequestered in them.

Amazon rainforest is the largest rainforest on the planet, stretching over nine countries, it is home to millions of plants, animals, and biomes of different sorts. As its name suggests, rainforests require extremely wet and damp conditions to be maintained. however, with rising global temperatures, we see that the Amazon rainforest is facing unprecedented dryness.

“ I’ve never seen it like that, neither before nor later on, I remember seedlings drying out and dying, small saplings getting drier, the leaves browning.”

Approximately 17% of the Amazon forest has disappeared over the last 40 years.

These were the words of David Lapola, a research scientist at the University of Campinas in Brazil, when describing the Amazon rainforest in September 2015. This was a result of a climatic condition referred to as ‘El Niño’. As a result of global warming, recent Amazon heatwaves are several times more intense than they should be, coupled with a significant decline in rainfall. The Amazon rainforest houses 150-200 billion metric tons of carbon dioxide. In 2015, El Niño resulted in the release of 2.5 billion tons of carbon into the atmosphere.

Here’s what we can do about tipping points.

There exist several other tipping points of lesser environmental magnitude, that are equally viable threats, as they could create a reinforcing loop that would lead to an even worse environmental situation. However, while these tipping point scenarios may seem grim, and seem to promote fear, they serve a much greater purpose by bringing awareness to the situation, and provide the opportunity for nations and individuals alike to take responsibility and nip the situation in the bud. Nations and corporations have been very responsive with various pledges such as the 2015 Paris Agreement and other international commitments, showing the desire to ensure we never reach these tipping points. A lot of responsibility falls on individuals to live sustainably and contribute less to the global climate situation.

We use cookies on our website to give you the most relevant experience by remembering your preferences and repeat visits. By clicking “Accept”, you consent to the use of ALL the cookies.
Cookie settingsACCEPT
Manage consent