How to live a more sustainable life 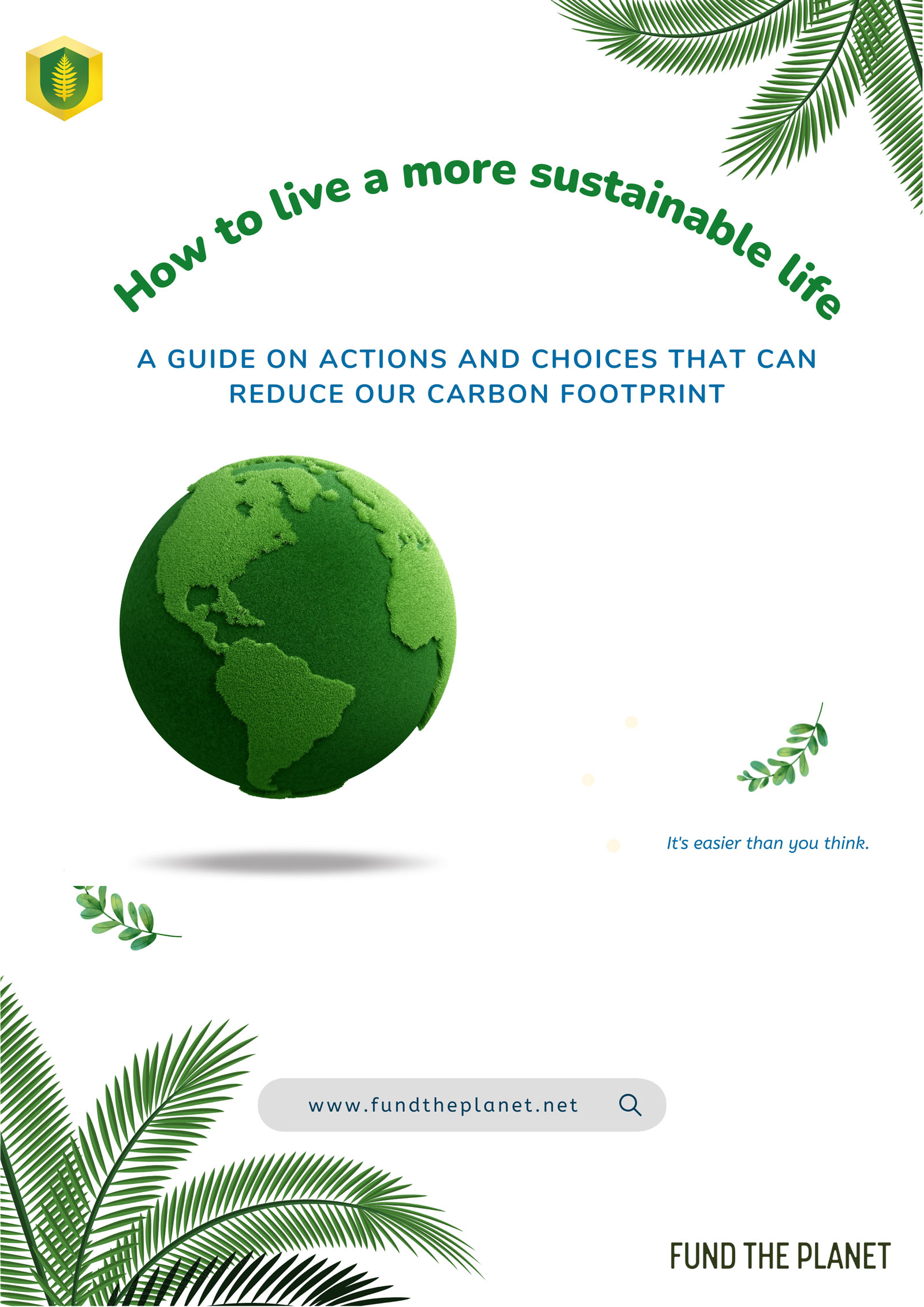 State of the climate today.

Envision a future where you have to check the air quality before going for a walk, where your eyes water often, and you require special air filtering masks to breathe properly, where there are constant heat waves and storms. According to Times magazine, we may not have to picture these things in fewer than 50 years since they may become our reality if we do not take current climate conditions seriously and significantly cut carbon emissions. 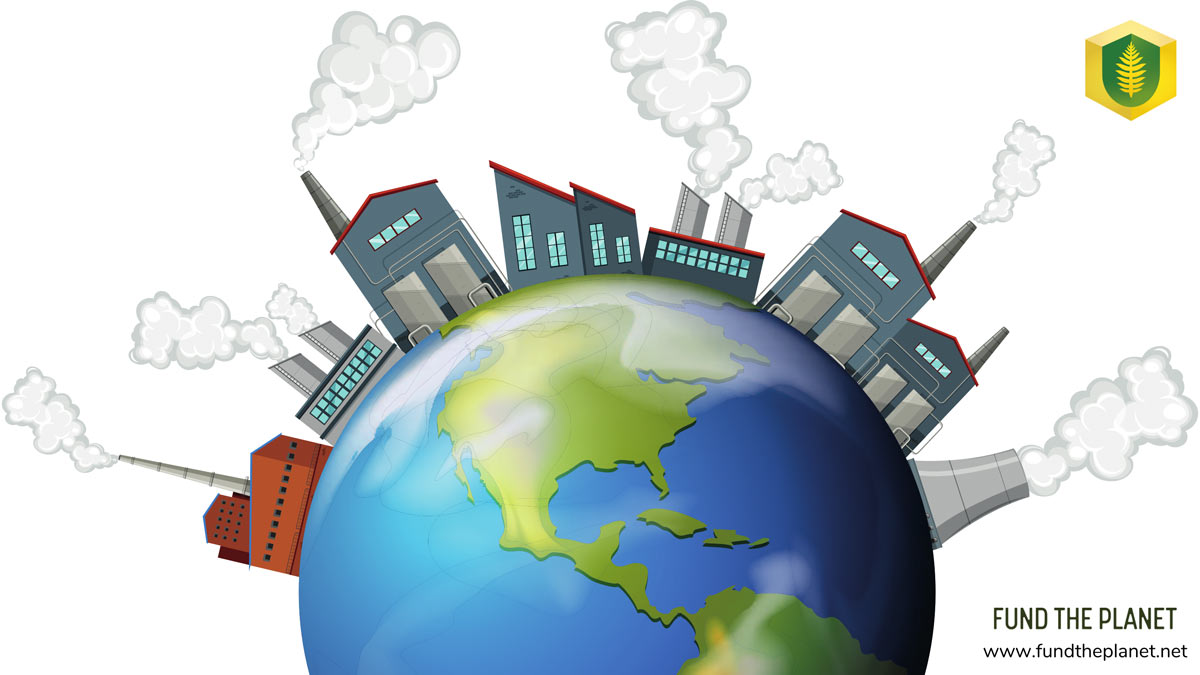 Humans are the primary residents of planet earth, not necessarily by numbers but by other factors such as intelligence, activity and so on, and we amongst other co-inhabitants of planet earth will have to face the scourge of climate change if we do not get a grip on it and begin to consider more sustainable living habits. Lots of individuals feel that the climate crisis is limited to large oil corporations. What we fail to account for is that humans, currently numbering over 7 billion, have our independent contribution to the current climate situation. The average carbon footprint  of a person is just around 4 ton per year, an average European is responsible for 6.8 tons per year, while an American averages roughly 3 times that. Doing the maths, it’s rather obvious that  we are playing an unfavourable role in our planet’s descent into climate chaos.

What exactly are we responsible for ?

Human use of fossil fuel is one of the leading causes of climate change, lots of our seemingly ordinary daily activities are harmful to our planet, a typical passenger vehicle emits 4.6 metric tons of carbon per year, with over  276 million vehicle in the United States alone in 2020, that accounts for over 1 billion metric tons of carbon emission. Another aspect of our daily lives that contributes immensely to the current climate situation is electricity usage, according to the IEA 4.6 trillion Kwh was produced in the United States in 2021 alone, with an average of 0.85 pounds of carbon per Kwh. A 2015 study showed that between 4.8 – 12.7 million metric tons of un-recycled plastic makes its way into the ocean, polluting the environment for no less than 100 years. 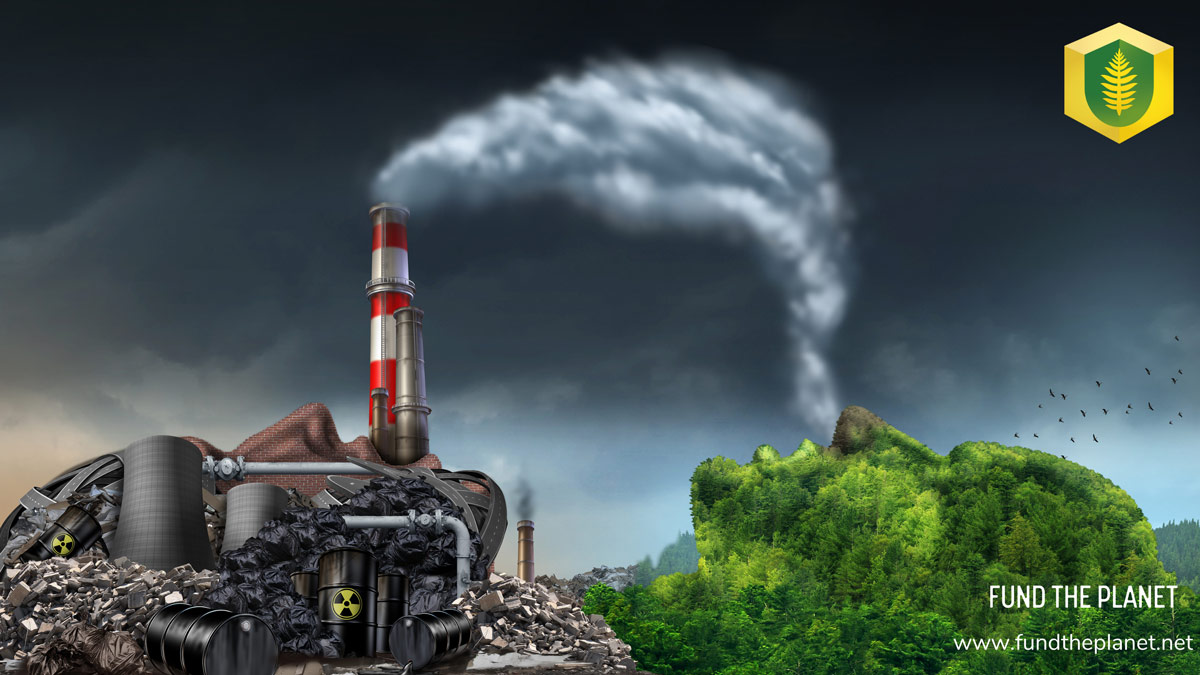 Tropical deforestation is responsible for no less than 20% of the global greenhouse gas emissions, forests and trees that are responsible for the sequestration of carbon dioxide are either being burned or chopped down, leaving a dangerous amount of CO2 in the atmosphere. Human activity and contribution to the climate is in such a huge magnitude that certain scientists believe that 100% of global warming can be attributed to humans. A sad and unsustainable reality.

How do i live sustainably?

There are certain aspects of our daily lives that cannot be compromised in term of CO2 emission, due to limited technology and other factors however, we can seek balance in other aspects of our lives for example, people must transport themselves from A to B, the question of sustainability come in when the decision is between driving or taking a bus. This article aims to point out areas where we can make adjustments that will benefit us and our planet in the long run. These seemingly insignificant changes can cause a large ripple effect going forward. 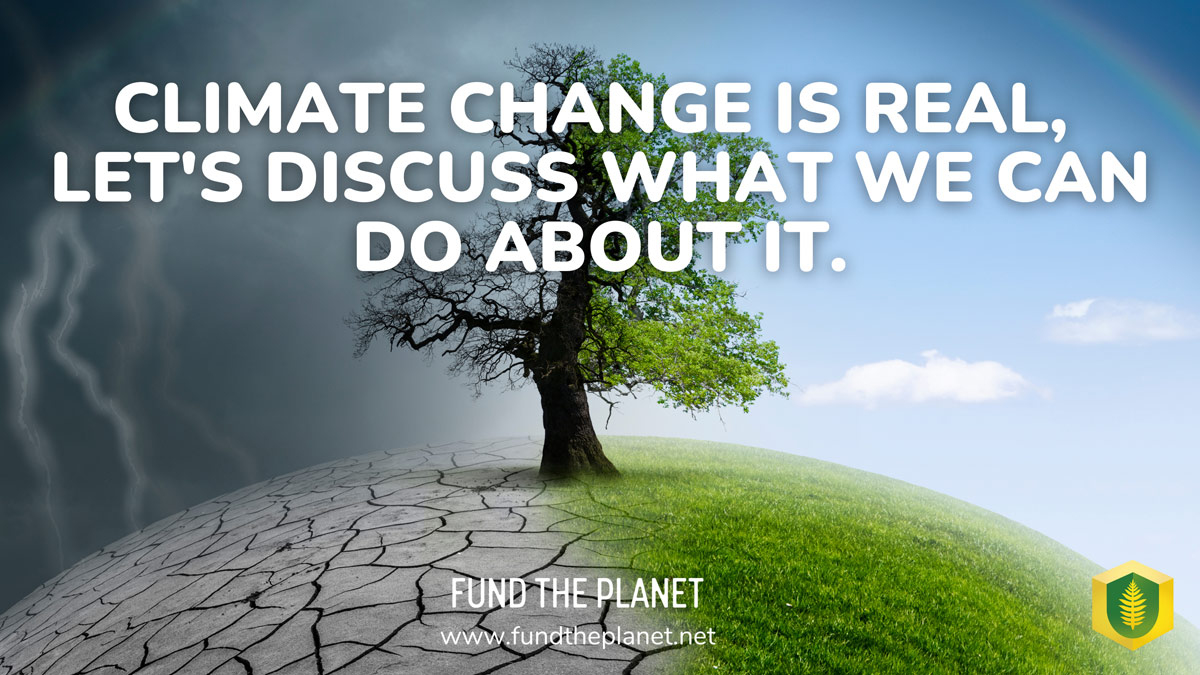 Recycling is the process of  converting used waste materials into new materials with new utility. It is important to get appraised with items around you that can be recycled. Americans for example, throw away $700 million worth of aluminium cans that should be recycled, most of which end up in landfills and become an environmental hazard. An even worse scourge on the planet is plastic waste, an outstanding 81% of all plastic waste does not get recycled as stated by National Geographic from a 2017 study. These plastic wastes end up in landfills, and the oceans which are projected to have more plastic waste than fishes by 2050. 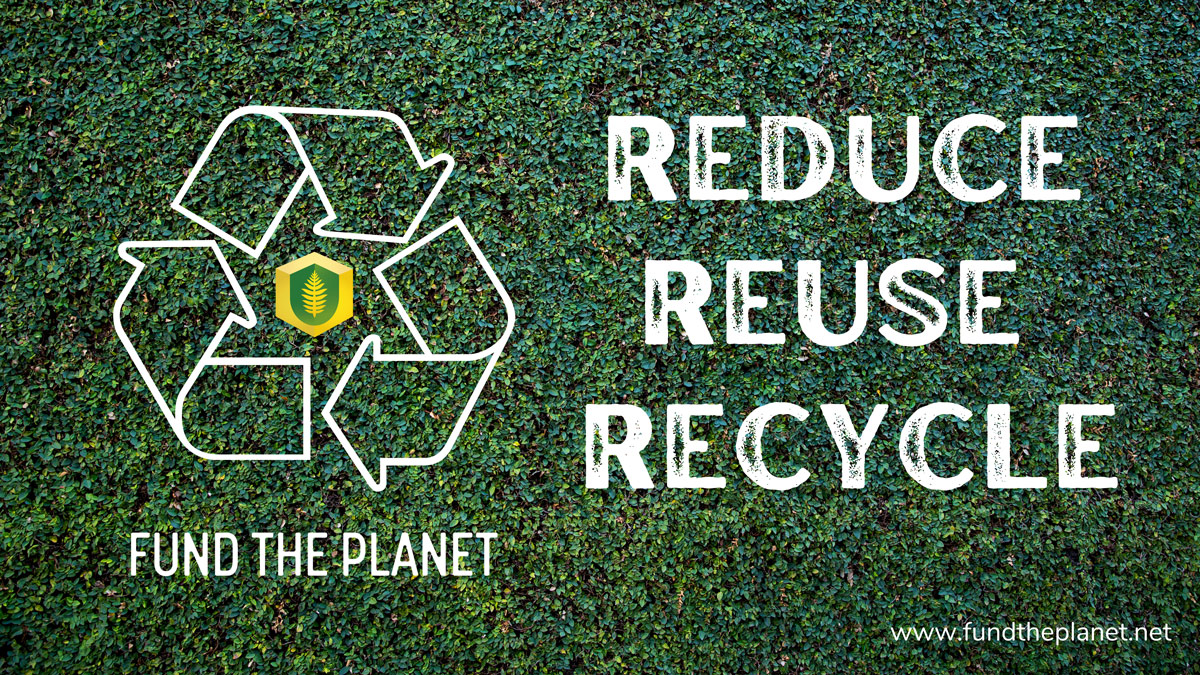 It’s important to take out time to seek more information about the recycling activities in your local community, and become an active recycler, adopting biodegradable plastics materials where available, learning how to properly dispose of various used items and products is a great way to kick off your journey toward being a more prudent recycler. Let’s do simple maths together! Imagine that you reuse 365 times a reusable lunchbox everyday. There will be 365 less one-time used containers wasted after a year.

This article isn’t trying to completely discourage you from eating your favourite steak, however, you may consider reducing your meat consumption as it is responsible for 60% of all the greenhouse gases from food production through the release of GHGs such as Methane and more. Meat and dairy products account for 14.5% of global greenhouse emission according to the UN food and agricultural organisation. 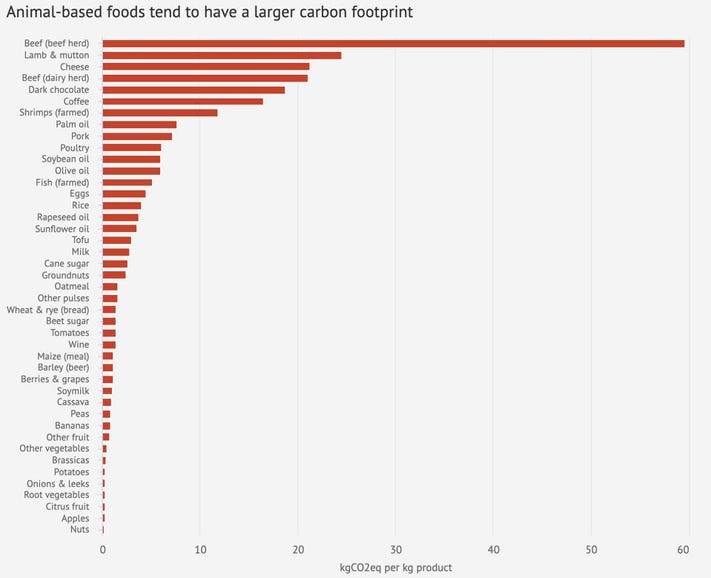 According to data presented by Carbon Brief, beef production emits more than twice the CO2 equivalent emissions than the second most polluting food, lamb and mutton. CARBONBRIEF.ORG.

The amount of CO2 emitted by consuming a Big Mac Burger is similar to driving a car for more than 7 miles, according to figures obtained from a Mirror research, these emissions take into account the ingredients used to make the burger. Plates up for the planet devised an intriguing method of calculating the carbon footprint of one’s meals by inputting the ingredients.

What options do we have? It’s very straightforward: consume less meat, build a healthier diet that isn’t centred on meat and dairy products; all it takes is a conscious and purposeful effort to minimise consumption of these products.

As stated earlier, the purpose of this article is to inform the reader about ways to reduce their carbon footprint and live a more sustainable life. Donating to environmental/climate-related projects is a great way to start. Various organisations are working on a variety of climate-related issues, such as rainforest preservation, alternative and more climate-friendly energy research, and ocean plastic eradication, among others. 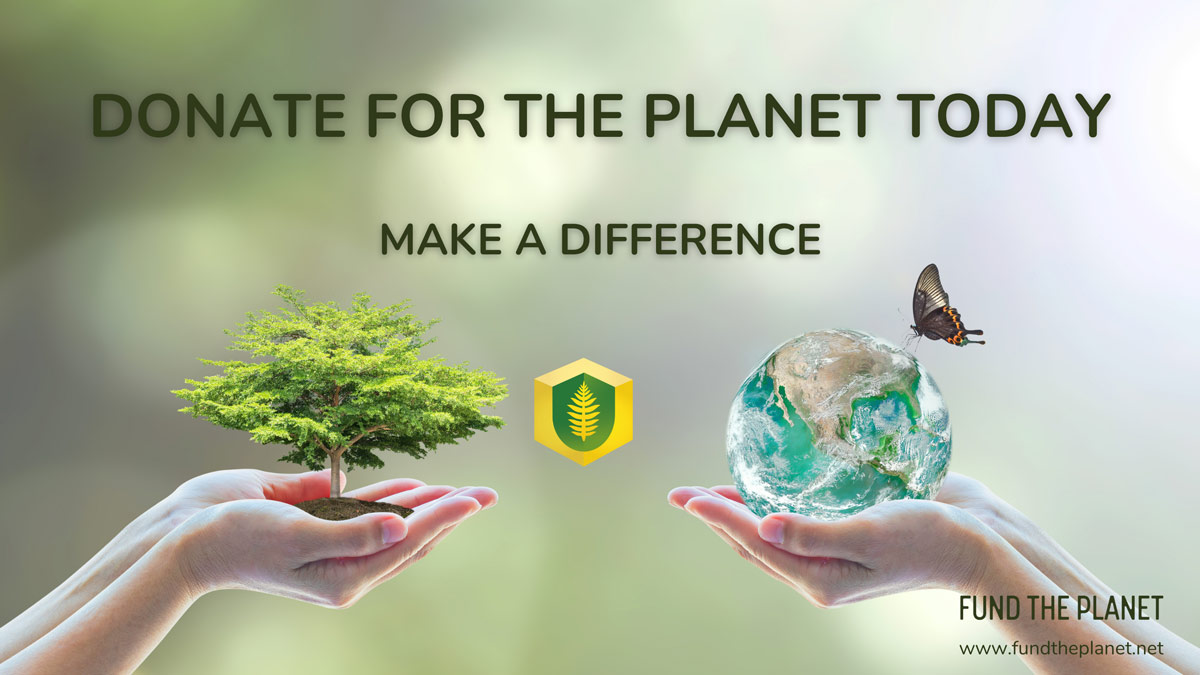 When deciding what organisation to donate to, ensure they have a clear premise of what aspect of the climate is being handled, with clear and transparent data on the work being done so far. Project Drawdown with the help of its researchers curated 80 top proposed solutions to the current climate crisis by evaluating factors such as, scalability, economic viability, effectiveness in sequestering CO2 and more, donating to organisations actively researching and on these proposed solutions is a great way to help!.

Fossil fuel generated from the decomposition of plants and animals which consist of coal, petroleum and natural gas, crude oil and more are an integral part of our everyday lives, fossil fuels are used to power houses, cars, phones, and even used to make everyday items like toothpaste, lipstick and so on. A study from 2020 by the US energy information Administration found that for every Kilowatt per Hour of electricity consumed 0.85 pounds of CO2 is emitted into the atmosphere, accounting for over a billion pounds of carbon dioxide entering the atmosphere. 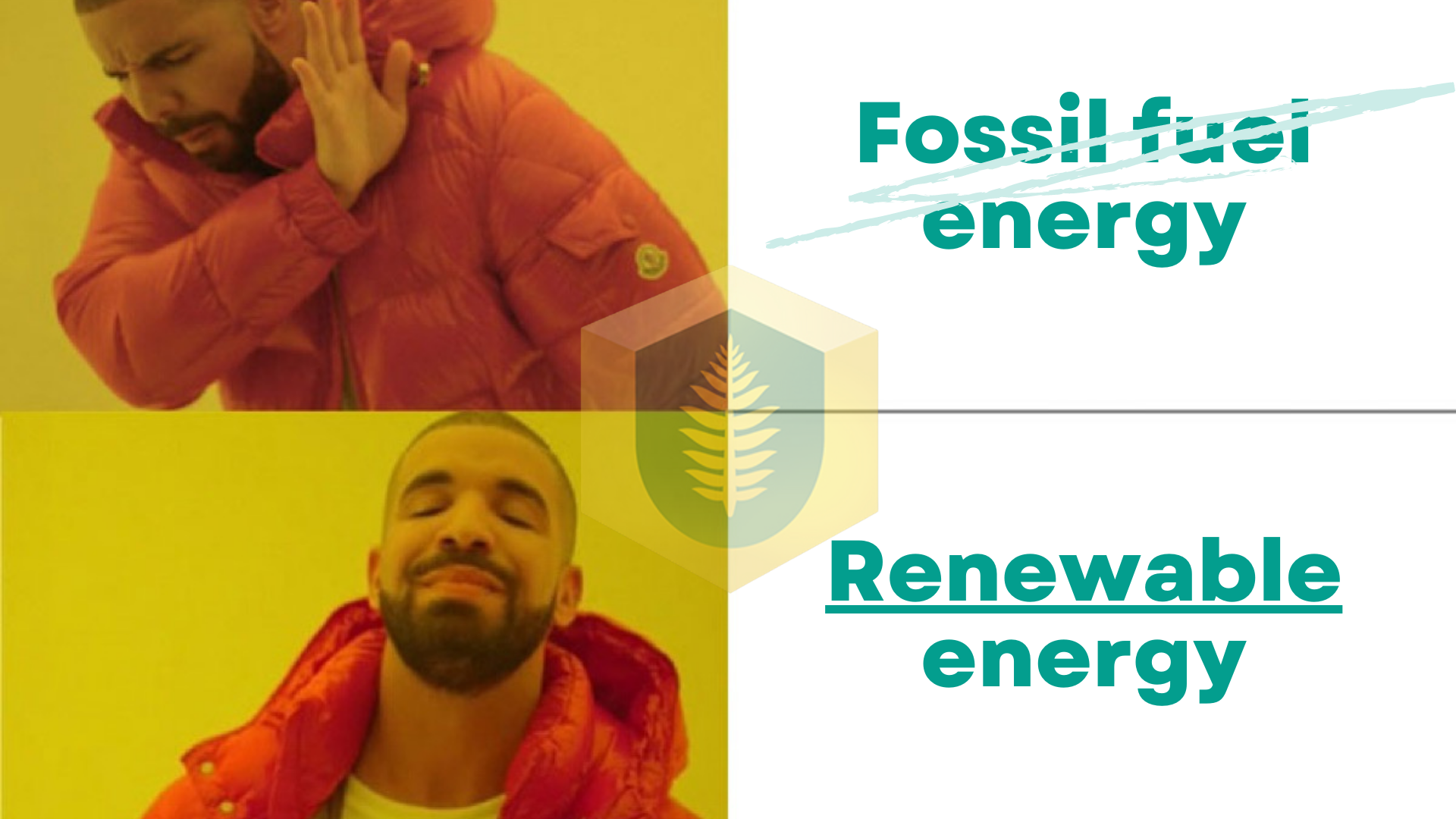 What can be done? Here’s a simple list of some ways to use less energy and fossil fuels;

Throughout this article, we’ve seen that one of the major problems facing efforts against climate change stems from the products and services being utilised by individuals all around the world. As we try to adjust to a more sustainable lifestyle, it’s imperative that we adopt products and services that reflect this change. Less than 10% of all plastic( over 7 billion tonnes) gets recycled, most of which end up becoming environmental hazards, this is just one statistic that shows the severity of the switch that needs to happen to sustainable products. 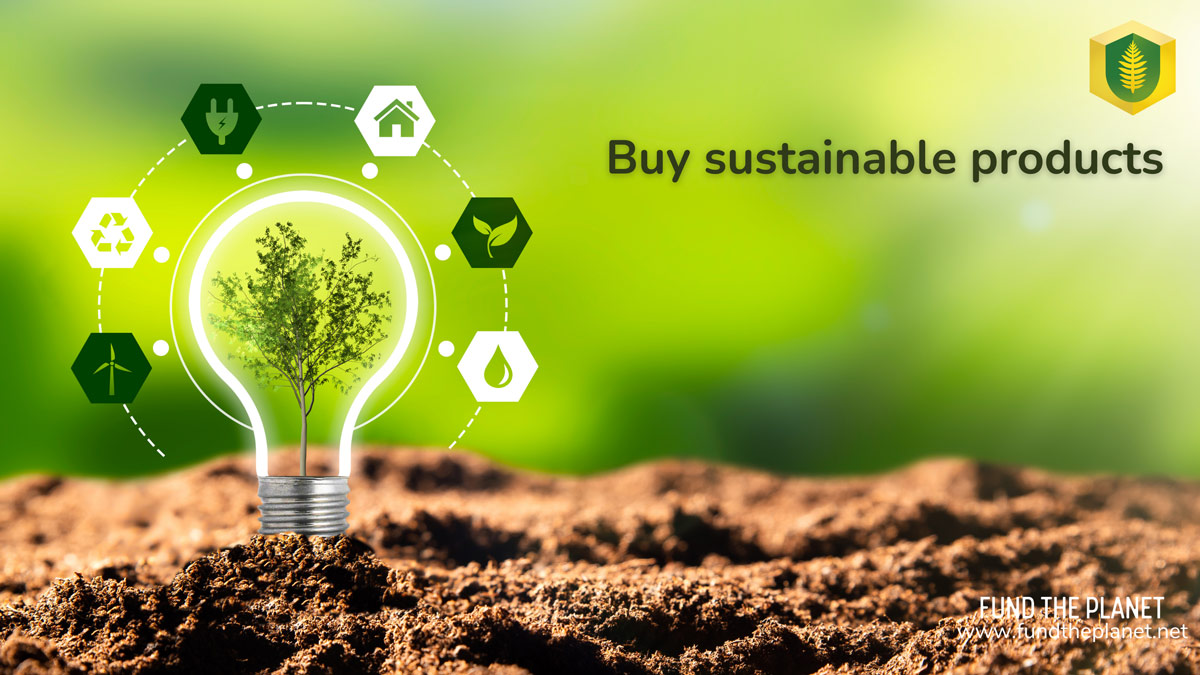 Embracing and searching for  ”Eco” friendly products such as light bulbs, toothbrushes and even kitchen appliances that aren’t harmful to the environment is definitely the way to go. Purchasing recycled products like backpacks, reusable bags, biodegradable products as stated in this Business Insider article on eco-friendly alternatives for things you can use everyday.

A relatively newer aspect of sustainability is Eco-friendly fashion, that aims to counteract the effects of the textile industry on the climate. Adopting eco-friendly clothing which are produced exclusively using natural materials, is a great way to make up for one’s carbon footprint. Buying second-hand clothes can help as well, there are actually a lot of vintage dresses that are as pretty as brand new ones.  Remember, the goal is to reduce as much as possible one’s carbon footprint for our planet’s posterity.

What role can the blockchain play in living sustainably.

Blockchain technology is positioned to revolutionise the efforts against climate change, initially touted as a contributor to the environment situation, blockchain technology has evolved to become more environmentally friendly, with blockchain networks requiring considerably less energy to carry out transactions. Even more intriguing is the application of blockchain in the carbon credits industry and how it solves the double accounting problem by bringing a new level of transparency or even protecting the Rainforest. .

Recently we’ve seen blockchain projects that are focused on sustainable living,  providing systems that aim to help individuals offset their carbon footprint by providing infrastructures such as carbon tokenization, tokenized rainforest preservation, ocean plastics tokenization and a host of other innovative solutions. An example of  projects at the forefront of this effort is Toucan Protocol that tokenizes carbon credits, with the transparency of the blockchain, every detail is on-chain and verifiable by anyone. Rainforest preservation has also been adopted by FUND THE PLANET, this time in the form of Non-fungible tokens, with real-time verifiable data such as land size being preserved, CO2 sequestered, fresh water produced, and more.

These blockchain projects are relatively less expensive, and accessible by anyone anywhere in the world, with verifiable data, bringing an entirely new level of transparency to our fight against climate change. Over the coming years we may likely see a massive adoption of these blockchain projects as individuals begin to realise that they are more accountable and easier to access.

We use cookies on our website to give you the most relevant experience by remembering your preferences and repeat visits. By clicking “Accept”, you consent to the use of ALL the cookies.
Cookie settingsACCEPT
Manage consent